Life on an apple farm contains daily treasures. From the summer morning mist that rolls up the Old Orchard from Rock House Creek to fat, sugar filled fruit pulling branches low to the ground, tiny gems inhabit each hour in my day.  But on a recent trip to Washington, DC, I found a new treasure trove.

Since 2008, James DeLorbe and his team of talent scouts have searched for American treasure. Once upon a time, all of us made things—from the clothes we wore, the chairs we sat upon and the food we ate, craft was part of every home and business. Though “crafting” has spawned a yarn store on every corner and countless websites devoted to handmade dishtowels, few Americans actually drive tractors, grow produce or make something by hand for a living. MADE: In America, a Washington, DC based not-for-profit led by James and his board, recognizes small businesses and farms that continue the craft tradition.

This July 4th, a handful of organic growers and craft food and beverage producers gathered near the Mall to share ideas, celebrate hard work and good food as recipients of the 2012 American Treasurers Award. And along the way, I discovered quite a few new jewels. Celebrations began with drinks at Bibiana restaurant, hosted by Chef Nicholas Stefanelli, Chair of the National Treasurers Advisory Committee. Nick works magic in the kitchen, serving up course after course of deliciousness with his take on sophisticated yet earthly Italian dishes. Jim ‘N Nick’s BBQ, on hand to serve dinner to award winners the next night, camped out on H Street in DC, the perfect backdrop for the 2012 American Treasurers Award group photo.

The next day, July 4, award winners set up shop in the DC Design Building, each producer paired with a talented chef. I was immediately drawn to Avery and Janet Glasser, who founded Bittersmens Bitters in 2007 and now produce intensely flavored bitters in Dumbo, Brooklyn, yes, by hand. They’ve more than succeeded with their goal of making a “new kind of bitters” that will “excite enthusiasts and bartenders”.

A three person operation and proud of it, the Glassers don’t want to be on every grocery shelf. I found this philosophy refreshing, and their clean and creative bitters full of thrilling flavors. I particularly like a version with bitter orange and ginger mixed with Foggy Ridge Serious Cider.

Will and his daughter Jenni, the  5th generation on the farm, today work a model they say is more like the 1866 version with a diverse herd of grass fed cattle and sheep, pigs that actually walk around, turkeys, ducks, guineas and on farm slaughter house. This was a job of saying “no”—no hormones, no chemical fertilizer, no pesticides, no antibiotics.

But this 21st century farm is also a product of creative foresight. With processing plants designed by Dr. Temple Grandin and, most recently, an on-farm restaurant, Will and Jenni serve up many treasurers.

My personal favorite take home treasure was a jug of pure sorghum syrup from our nearby buddies at Muddy Pond Sorghum Mill in Tennessee. This is not molasses! And if you’ve never had sorghum on cornbread chased by cold buttermilk, you haven’t lived. I talked seeds and trees with the representative from another Tennessee American treasure, Jeff Ross, Garden Manager at Blackberry Farm. Jeff plants seeds long out of cultivation, educates on the value of heirloom varieties and delivers up seasonal produce for the Foothills Cuisine at this award winning Relais & Chateaux Inn. I promised to send Verbascum seeds and grafting wood in exchange for an heirloom bean—a worthy swap.

The folks from Carriage House Farm humbled me with their six generations of farming accomplishments just outside Cincinnati. Three varieties of honey, root vegetables, herbs, greens, dried beans and grain…oh, and then there are the horses. But I was most drawn to the passion for heritage evident in every business decision. “We need to be reminded that most of the original Europeans who came to this land were farmers…” reads the manifesto on the Carriage House home page. Where metrics drive most businesses, even small ones, it’s nice to see emotion take the front seat.

Speaking of tiny treasures, Dan O’Brien owner of  Seasonal Pantry in Washington, DC, serves on the board of MADE: In America and was one of the talented team responsible for selecting this year’s award recipients. He dished up beautiful small cups of pea soup with cornmeal crackers at the reception, almost (but not quite) too pretty to eat. The sweet soup and bright green peas danced well with our Foggy Ridge First Fruit, and I hope Dan continues this combination at his in-store suppers.

Dan’s vision of an “old world market” will speak to any food lover and I was intrigued by his rotating Supper Club, an updated version of underground dining.

I could go on, but you check out the gems at the 2012 MADE: In America American Treasurers Awards for yourself. Before the fireworks on the Mall, Nick Pihakis of Jim ‘N Nick’s BBQ, and Executive Chef Drew Robinson graciously hosted award winners and guests with a southern 4th of July tradition—whole hog BBQ and all the fixins, with fine cooking by Ashley Christiansen of Poole’s Diner in Raleigh,NC.

Nick, Drew and Ashley are members of the Fatback Collective, along with Rodney Scott, from Scott’s BBQ in Hemingway, SC, another 2012 Treasurers Winner. All those DC locals chowed down on Ashely’s Succotash, Mac & Cheese, Fried Chicken and Roasted Banana Pudding with Peanut Butter Caramel. Oh, and then there was the whole hog from the Jim ‘N Nicks truck, incongruously parked and smokin’ a block from the National Mall.

Shepherd Craig Rogers of Border Springs Farm introduced many award winners with graceful, thoughtful stories. He thanked Nick Pihakis and praised the work Nick’s done to encourage small farmers in raising pork for his many restaurants. Craig and Nick held court with the small food and beverage producers. We all took a pause, sat around the table drinking sweet tea (and cider), talked over common worries (distribution, educating the public) and relished being the “entertained” for a change.

On July 5 we headed back to Foggy Ridge quite full—full of good conversation, new friends and the warm respect of others who produce their own version of American treasurers.

This site uses Akismet to reduce spam. Learn how your comment data is processed. 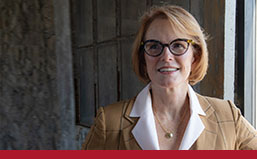 We’d love to keep you up-to-date with occasional news.